We Will Rock You! 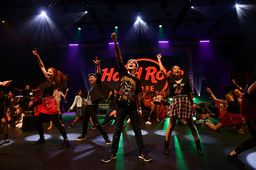 Over three days, the Tanglin community were treated a high-quality production of the ambitious and poignant West End musical, We Will Rock You, based on the songs of British rock band Queen and book by Ben Elton.

Set in the dystopian future of Planet Mall where the Killer Queen controls everything: what you wear, what you listen to and what you think, there is a small group of rebels, the Bohemians. These Bohemians struggle to restore the free exchange of thought, fashion, and, most importantly, live music. They search for anything that can help them piece together evidence of what was once called Rock. With the help of the Bohemians, Galileo and Scaramouche, find Rock's Holy Grail, Brian May's guitar buried in the remains of a long-lost stadium.

Following months of practice, including TTS Foundation supported twilight rehearsal sessions with Noel Sullivan, lead role in the West End show, and James Bennett, lead choreographer for the production, the Senior drama students were inspired and challenged to better understand the characters and to develop the level of choreography, resulting in superb individual and group live performances. 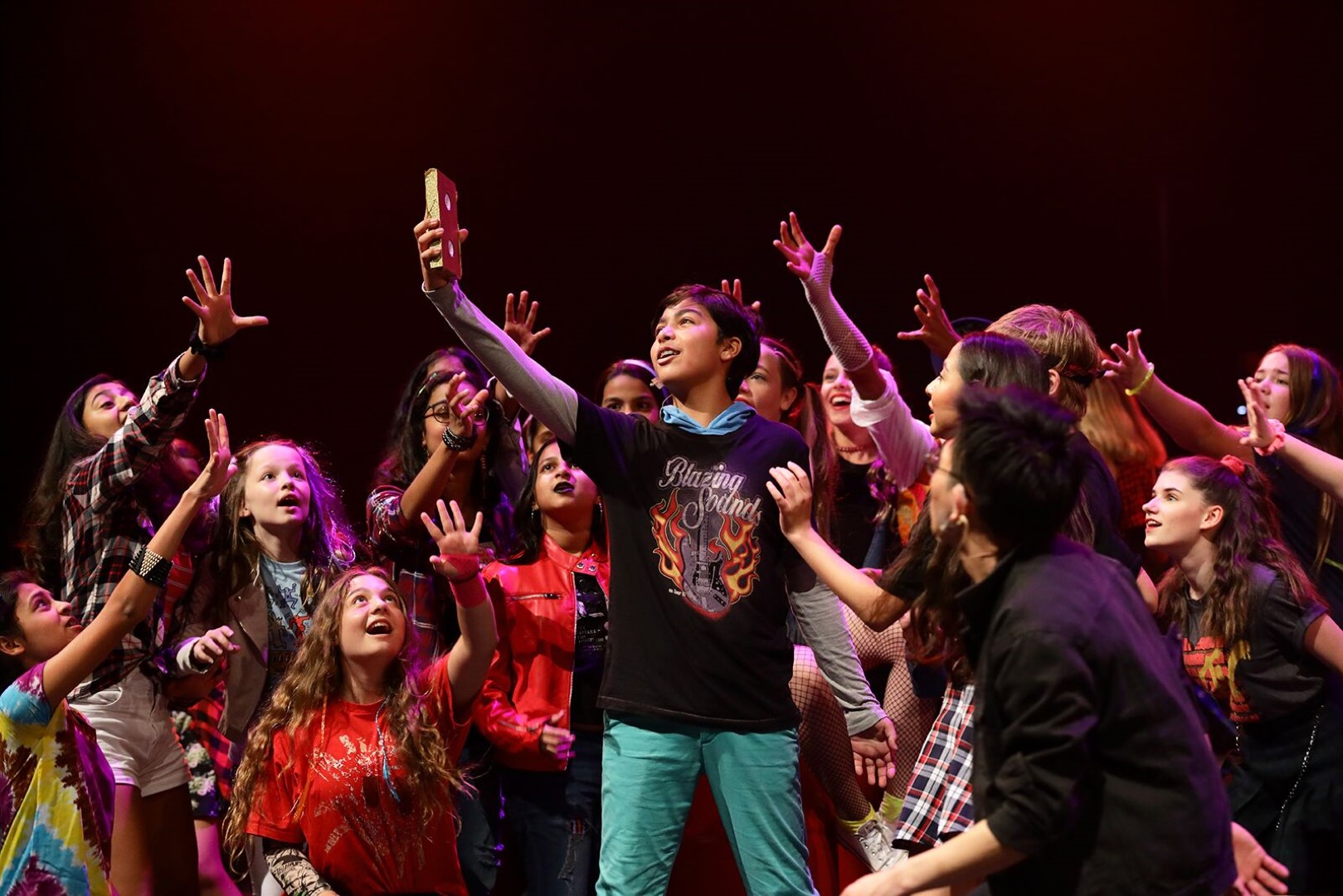 James Bennett commented: "We had a brilliant time with everyone at Tanglin Trust School working with the amazingly talented students. The confidence, enthusiasm, hard work and pure talent of all the students, led to us to being able to work with them in the same way we would professionals in London. We're absolutely gutted we couldn't be there to see the show, but we know that you will have rocked!"

"The musical was a truly rewarding experience. I learnt how to act and sing with emotion, how to work a stage and interact with an audience, and most importantly how to let go of my fears and enjoy myself with dozens of new friends. I was fascinated by what James and Noel, performers from the West End cast, taught me about the art of acting and choreography. The most exhilarating moment was when we performed live for the first time, as it brought all the aspects of our rehearsals together into a production that I am incredibly proud of. I'd encourage everyone to give performing a go!"

"Performing in We Will Rock You was an absolute blast, as well as a lot of work! I joined only a few weeks before the first performance, right after my exams, but making friends and working with the cast made the experience of the final performance worth all the extra work." 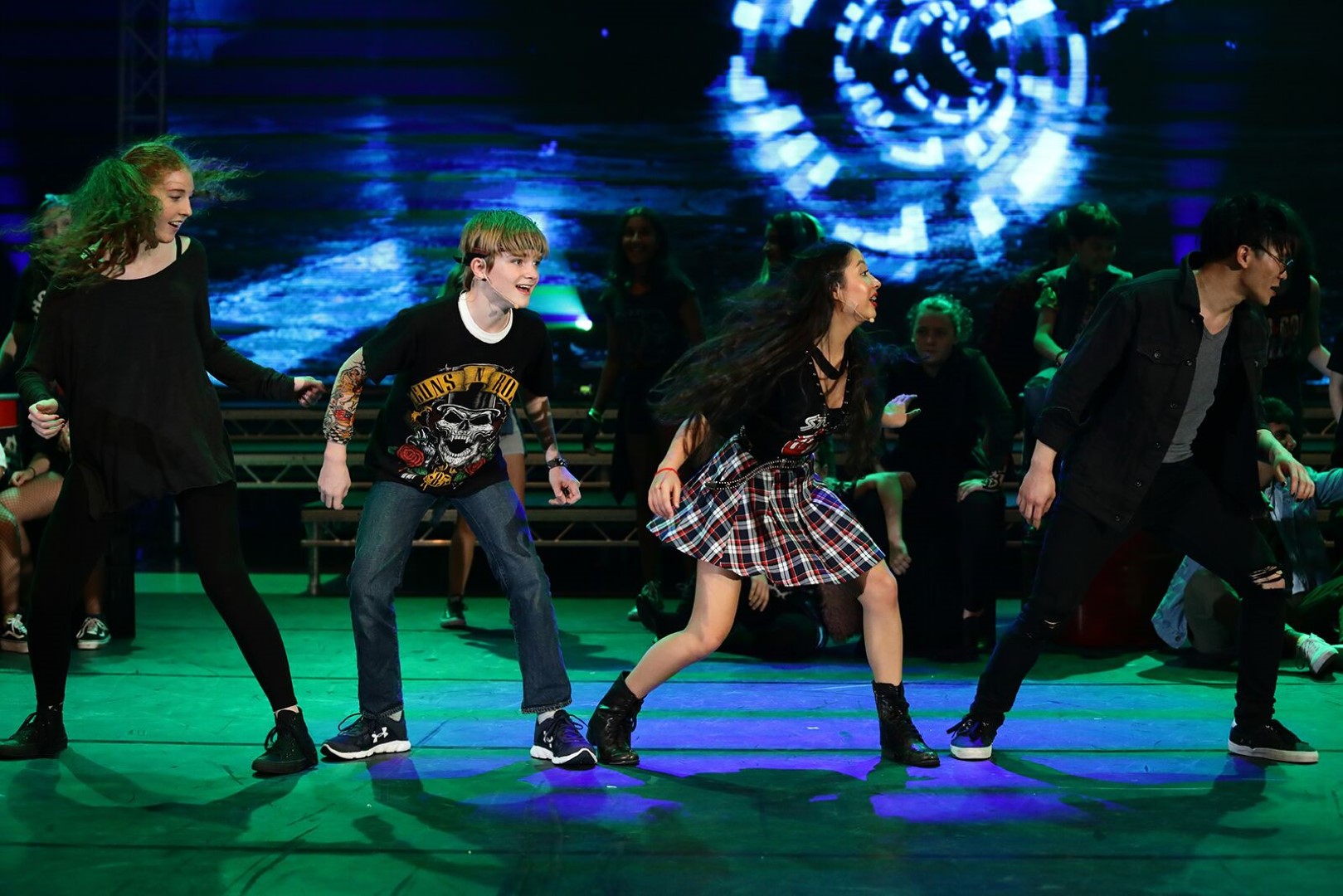 Following the live performances, the We Will Rock You Teacher Team reflected on how special the musical was and the dedication and commitment of all those involved, saying:

"The musical was a true collaboration between the Arts - uniting music, film, art and drama. Students were handed over a large creative responsibility and the student leadership was phenomenal. We are indebted to our choreographers who joined together every Wednesday to shape ideas before teaching the choreography to all the cast. Much work happened behind the scenes: the choir who met every Friday, the students and staff technical design team who met on Tuesdays, Krista Magee and Thomas Edwards who created the filming and special effects, the diligent band members who practiced at every opportunity, the design team responsible for imagining the costumes, and of course over one hundred enthusiastic performers.

It was wonderful to see the different year groups unite and form lasting friendships and this true sense of comradery was felt on stage. The opportunity for students to work with West End actors, Noel Sullivan and James Bennett, certainly ignited a flame to aspire to think big and work with an air of commitment, teamwork and confidence from day one.

We congratulate all students involved who will no doubt hold the memory of being part of this highly successful production for many years to come."

Allan Forbes, Head of Senior School added: "I was struck by the collaboration of so many staff, students, parents and friends of Tanglin who have worked so hard together over many months to produce a spectacle that will remain in our minds way beyond the four final performances."