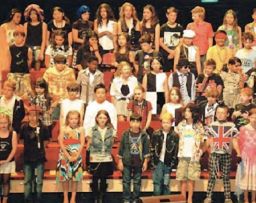 By the year 2000, the polio epidemics of the WWII generation had become part of Tanglin's history of resilience for the noughties generation – who were yet to face similar challenges. Our experiences of SARS in 2003 and H1N1 in 2009, have since helped us to grow, adapt and respond to challenges in the present – just like the challenges of today will help us to tackle those of tomorrow...

Before the novel coronavirus, there was another: severe acute respiratory syndrome – better known as SARS.

SARS came to Singapore in March 2003. At that point, little information had been shared about the new disease that the Chinese Government had reported to the WHO in February. Singapore's first patient spent five days in an open ward before the MOH was informed of a case of infection that was not responding to antibiotics. This was enough time to seed community transmission. From then on, the government moved swiftly to put in place measures that gave Singapore a reputation for having the toughest strategies against the virus.

Singapore, like many other countries in the region, learnt a lot from SARS. With quicker and more organized deployment, the same measures used during SARS (contact tracing, quarantine, travel advisories and health checks) have been used to great effect in limiting the spread of the novel coronavirus in 2020. Since SARS and H1N1, new, unprecedented strategies have also been added to the 'pandemic toolkit' of 2020, and once more, much of the world is looking to this region for containment strategies.

Closer to home, our Tanglin teacher and alumna Nadia Candy has these memories of distance learning during SARS:

"I was in Year 9 when it happened. The school sent us home with what felt like a textbook worth of learning for the weeks at home. (As a teacher, I now know the amount of last minute organisation that must have been put into this, but as a child I was not happy about lugging home pages of work!)

My sister and I sat at the dining table for 'school hours' and my mum timetabled our day. I think the whole thing lasted about two or three weeks, although at the time we didn't know how long it would be. I remember a lot of fear around the country – being told not to take taxis and buses, and people stocking up on canned goods and water. Singapore has learnt a lot from that, and I think it is why everything is so calm and organised – we've been through it before!

I do think it is also important to note that now, as an adult, I have fond memories of that time. My whole family was at home more, I spent time with my sister playing in our garden, and my mum created little games for us throughout the day. The internet wasn't used to the same extent, so we were shielded from the news and our parents didn't talk about it around us. We created our own little bubble, so the experience wasn't a negative one. I do hope that in 17 years, when our children are adults, they will remember all the fun things they got to do as well!" 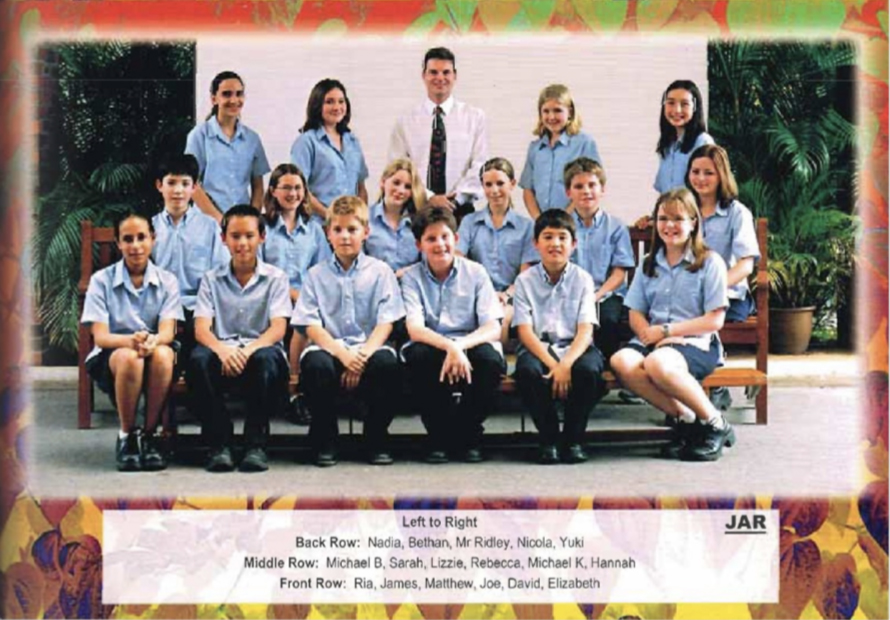 Tanglin's Director of Learning, John Ridley, recalls Tanglin's response to the challenges of home-based learning in 2003:

"Teachers had to prepare two-weeks' worth of work for their classes. This was before we had an online learning platform of any kind, so there was a huge mobilisation of support staff to stuff envelopes with worksheets that were prepared by the teachers. This was done in the Smithson Hall, with everything laid out in a production line – definitely an all-hands-on-deck moment!

As a direct result of SARS, we adopted our first 'Learning Management System' (LMS), called Moodle. This was very basic by today's standards – but it allowed electronic resources to be shared with classes. We created a new policy that there should be two weeks' worth of independent work 'ready to go' on Moodle. At the time, the platform wasn't used much in day-to-day teaching and it has long since been replaced by the various systems we now use routinely to share resources with students and parents. Our current closure has already been much longer, but the quality of the remote learning is incomparable." 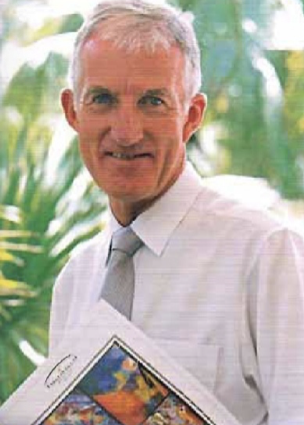 In the Foreword of Tanglin's 2003 Yearbook, Ronald Stones OBE comments on the resilience of the Tanglin community during SARS:

"Little did we realize at the beginning of this school year, the major challenges we would face in our day-to-day operation. I have learned so much this year. I am privileged to have worked with groups during these crises in which the Health and Safety and Security of our students and staff have been foremost, with the aim that regular schooling should not be disrupted. I commend our teaching and support staff for their resilience in support of that aim."

Singapore confirmed its first case of H1N1 – commonly known as Swine Flu – in late May 2009. Prior to the H1N1 outbreak, Singapore already had a disease surveillance system and influenza pandemic preparedness plan, known as the Disease Outbreak Response System Condition (DORSCON). This five-colour alert system progresses from green to yellow, orange, red and black.

On 28 April 2009, MOH raised the alert mode from green to yellow for the first time, and then two days later to orange. H1N1 was very contagious but it soon became apparent that most infected persons experienced mild illness, so there was not the same threat to health service capacity as there is with COVID-19. Although it was a global pandemic, MOH quickly downgraded the alert to yellow on 11 May 2009.

Tanglin's Lead Nurse, Sarah Le Grice remembers how the alerts were communicated in 2009:

"The MOH were refining their DORSCON system throughout the outbreak, so it was quite difficult to keep up with what they were doing. I remember being out with some staff on a Friday evening and Singapore announced we were going ORANGE. That resulted in discussions with the CEO on Friday night about how the school would proceed with temperature checking a few days later. School was closed, but we were heading towards the summer holidays, so only for a day or two, and this closure was just to allow schools to get ready for temperature screening. However, graduation was postponed in line with the government directive to avoid large gatherings, which was disappointing for the Year 13's and for the school."

Omar Chaudhuri, alumnus and Head Boy in 2009 has this anecdote about his H1N1 experience:

"I was on an end-of-year trip with my year group to Phuket when I started to feel a bit unwell – a few of us were starting to feel unwell. I remember feeling worse on the flight home and thinking, they're going to whisk me off at the airport to a quarantine centre and I'm not going to see my family for a week, or two weeks, or more...

Just before I got to immigration, there was the temperature check. And I'll never forget when they looked at the monitor and said, "You're free to go, sir". I thought, great! But that night my fever was extremely high, and I was taken to Gleneagles Hospital. The A&E section had been cordoned off – Singapore is really well prepared for these kinds of things. I tested positive for Swine Flu and was sent home, with all the necessary medication. I felt really unwell for a week or so.

About a dozen students from my group contracted it, so graduation had to be postponed until September. I made a speech as Head Boy where I referenced Swine Flu, but what I really remember is feeling sad that only about half of the students could attend, as many of them had already travelled to the UK to start university. It was a strange time, thinking back to it. The silver lining was that it made a good anecdote at Freshers Week!" 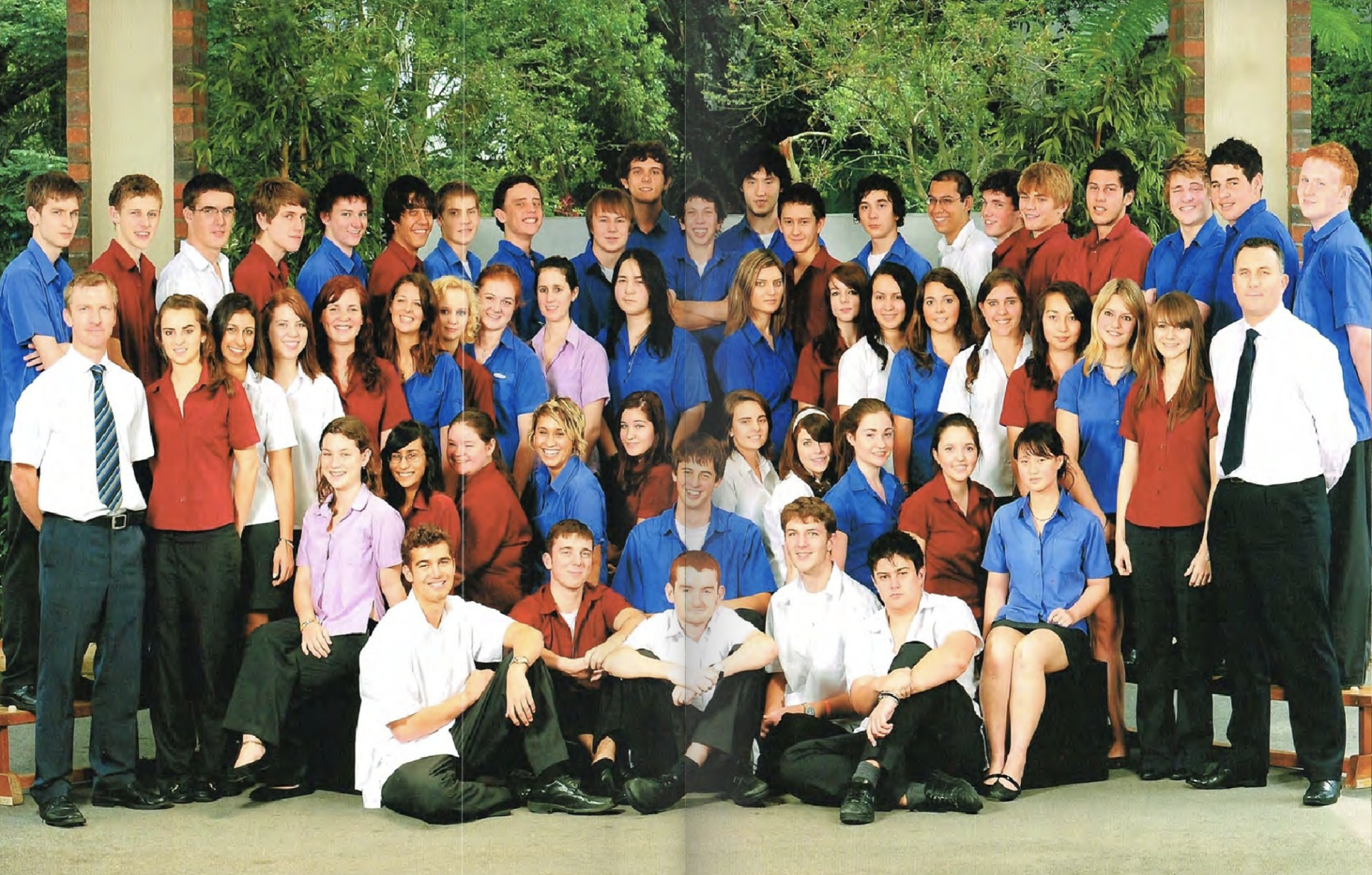 And the other positives...?

"We developed the temperature sticker system during H1N1, which worked well. I remember standing by the car line on the first day it was used, hoping it was going to work, and seeing a sea of blue stickers on children getting out of their cars. Such a relief. And then being complimented by a parent who worked at a big international company in Singapore who had taken the same system on.

We put together a more robust Pandemic Plan straight after H1N1, based on the DORCSON colour codes, along with a Pandemic Box, which had stickers already packed up in year groups, ready to be given out at a moment's notice, as well as thermometers and other equipment. This has been tweaked over the years and the box is regularly checked and updated. So, the initial reaction on hearing about COVID-19 was to check the box and see what other equipment we needed. That continually evolves as the pandemic and Singapore's response to it also evolves. Singapore has also learnt a lot from SARS and H1N1 so is more prepared and organised this time around."